TEMASEK Holdings' one-year total shareholder return (TSR) has fallen into negative territory, to -2.3 per cent for the 12 months ended March 31, 2020, according to its preliminary portfolio performance released on Tuesday.

This is a further drop from the previous fiscal year's one-year TSR, which had tumbled to 1.49 per cent. TSR is a compounded and annualised measure that includes dividends paid to its shareholder but excludes its shareholder's capital injections.

The state investment firm released these figures for its last financial year to March 31, 2020, ahead of the September release of its final audited annual consolidated group financials and portfolio performance, which was delayed from July as a result of disruptions from the Covid-19 pandemic. The final portfolio performance results are not expected to be materially different from the preliminary figures, it said.

Based on current unaudited management information, Temasek's preliminary net portfolio value stood at S$306 billion as at March 31 this year, about 2.2 per cent below the year-ago S$313 billion on a Singapore-dollar conversion basis. The latest net portfolio value is also slightly lower than fiscal 2018's S$308 billion.

Prior to the onset of the Covid-19 pandemic, the net portfolio value had been "growing steadily and trending well" in the first three quarters of its latest fiscal year, Temasek said.

As an investor with a long-term horizon, it does not manage the portfolio to short-term mark-to-market changes by benchmarking against public market indices or comparing against the returns of other companies.

"As was evidenced during the Sars epidemic and the Global Financial Crisis, Temasek typically outperforms market indices during economic downturns," it said.

The firm pointed out that its portfolio "stayed resilient" with a 2.3 per cent decline, compared with the steeper falls on the MSCI Singapore Index and the MSCI AC Asia ex-Japan Index, which fell 18.3 per cent and 9 per cent respectively. Globally, the MSCI World Index lost 5.8 per cent.

Most of these declines were the result of sharp market correction in the quarter up to March 31, in response to the onset of Covid-19, said Temasek.

It ended the fiscal year in a net cash position with a strong balance sheet.

"This means Temasek has the capacity to work with its portfolio companies to position them for the future. It also stands ready to invest in opportunities arising from volatile market conditions during and post Covid-19 recovery," it said.

Dilhan Pillay, chief executive officer of Temasek International, said on Tuesday: "Rising geopolitical and trade tensions, as a result of increasing nationalism and protectionism will create more uncertainties for long-term investors and asset owners. These uncertainties are now exacerbated by the immediate, as well as longer term, impact of Covid-19.

"However, we may see investors sharpen their focus in some areas, like digitalisation and healthcare."

He added that overall, Temasek is "pleased" with its performance despite the sharp correction from the coronavirus pandemic.

The portfolio has a "good mix of listed and unlisted investments, a good balance between portfolio stalwarts, and new investments into emerging and longer term trends", all of which have helped add to its resilience, said Mr Pillay.

Market watchers The Business Times spoke to said that while Temasek was not spared from the steep market correction in March, its preliminary figures had surpassed gloomy expectations amid the pandemic.

Maybank Kim Eng economist Chua Hak Bin said that given the market conditions in the first quarter, Temasek's portfolio held up better than expected. He cited performances of other funds as a benchmark, especially those that are heavier on equities, saying that many have suffered "much larger" negative returns of around minus 10 to 20 per cent.

CIMB Private Banking economist Song Seng Wun said that it was "not a surprise" that Temasek registered negative returns on the back of the sharp market plunge in March, but noted that it was able to mitigate some impact to produce better than expected performance because of its defensive portfolio.

He added that fund managers had been anticipating a possible market correction in the past couple of years and have therefore adopted a more defensive stance.

Since 2003, Temasek has had a policy to set aside a portion of its positive returns above its risk-adjusted cost of capital to benefit the community. It has redirected a significant proportion of these community funds to support Covid-19 initiatives.

At the same time, it has partnered government agencies and institutes of higher learning, research bodies and medical companies, to research and develop solutions that could potentially prevent virus transmission, enhance treatment and pilot medical trials.

Temasek is also seeding small and medium-sized enterprises with capital or advance orders to enable them to undertake pilot programmes or build local supply lines for diagnostics and other testing or medical supplies.

Fidah Alsagoff, head of life sciences and joint head of Temasek's enterprise development group, noted that many of its portfolio companies and other partner companies are coming up with novel solutions to safeguard lives and livelihoods.

Temasek activated its business continuity plans early in January, and alerted its portfolio companies so they could share insights and information in a timely manner.

Mr Pillay said: "Not only did we need to respond to immediate needs, we also had to anticipate future needs. This is why we continue to support work on the next-generation test kits and other solutions, so that we add to the tool kits available to manage and prevent the spread of the virus."

Earlier this month, Temasek Holdings' chief executive Ho Ching on Facebook responded to reports that the firm had a portfolio value of more than S$300 billion as at March 31. She said she was "impressed with the analyses" from the reports which speculated on the portfolio performance, and that the figures were "pretty close to (Temasek's) own management estimates". 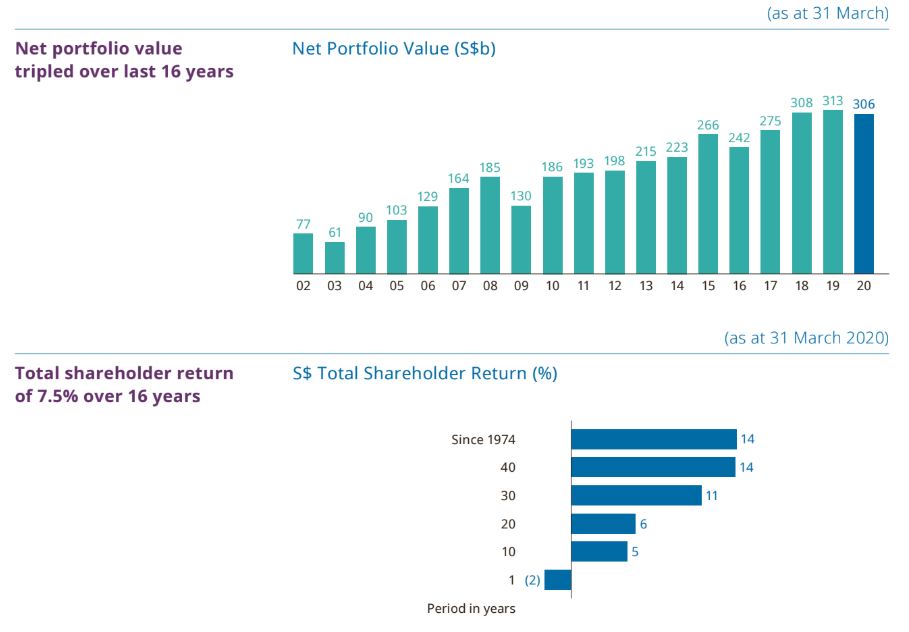 [LONDON] Building a new large nuclear plant alongside renewable power would cost the UK as much as 660 million...

[TORONTO] Investors are putting pressure on gold miners, whose high greenhouse gas emissions have been less...

SINGAPORE-BASED corporate services platform Sleek has raised US$4 million in a pre-Series A funding round, it...

Online luxury retailer Mytheresa says it has filed for IPO