Getting the smarts in money

Personal finance portal MoneySmart Group aims to equip consumers with the tools to become their own best financial advisers.
Leila Laileilal@sph.com.sg@LeilaLaiBT
Says CEO Nair: "We live in an age where we have self-driving cars and rockets that can go to Mars. There's no reason why you need a financial adviser to tell you how to manage your money."
BT PHOTO: DESMOND FOO

WHEN a company's business model is built on a base of savvy consumers keen on sniffing out the best deals, one thing is for sure: eventually, those same users are going to start comparing the company to its competitors.

For personal finance portal MoneySmart Group, the key factor that founder and chief executive Vinod Nair thinks will keep customers coming back is how the website is built, based on the company's core mission.

MoneySmart's mission is to educate consumers to make wise financial decisions by providing the information, tools and advice they need.

To achieve this, his website provides more than just a static side-by-side comparison of financial products.

Not only does MoneySmart have the widest range of comparisons for loans, insurance, credit cards and bank accounts in the local market, it also has a content and education arm with articles about how to manage problems at critical life stages, such as what to consider when buying one's first flat.

Its insurance brokerage subsidiary MoneySmart Financial is licensed by the Monetary Authority of Singapore (MAS), allowing the company to offer advisory services to customers who prefer having an expert walk them through their online transactions.

"I fundamentally believe that nobody wakes up getting excited to buy insurance or to take out a loan," said Mr Nair. "If you look at what customers, people really care about, they care about their life goals and dreams."

MoneySmart's role, then, is to help people make good decisions that will eventually lead to achieving those goals, whether they are looking to get married, buy a flat, start a family, travel the world, or retire comfortably, he said.

From his personal experience, Mr Nair knows how much effort it takes to thoroughly research and understand an industry in order to make good decisions.

After his real estate search engine startup folded, his reluctance to let his newfound property knowledge go to waste led him to create MoneySmart's predecessor SmartLoans.

"I invested all that time in understanding the property space, and wanted to see how I could leverage that to identify other business opportunities," he said.

Founded in 2009, MoneySmart has evolved alongside the personal finance industry for nearly 10 years.

For a year or so, the website survived on mortgage comparison as its only product, but when a slew of property cooling measures caused mortgage transactions to fall and the company's revenue from referral fees along with them, Mr Nair decided that it was time to diversify into credit cards and personal loans.

MoneySmart struggled at first to secure partnerships with banks for those products, because telemarketing sales were doing well and they saw no need to list their products on a comparison website.

However, they changed their tune when the Personal Data Protection Act 2012 (PDPA) and Do Not Call Registry put an end to all cold-calling activities. "That's when the need to shift to digital became even more apparent, and we were already there, waiting patiently for the market to turn," said Mr Nair.

"We were able to secure partnerships because we already had the traffic in place, and started monetising the business. It's been growing ever since."

Currently, MoneySmart operates in Indonesia, Hong Kong and Singapore, with a development centre in Bangalore and some remote staff in the Philippines. It has raised US$12.6 million in venture capital so far, including its Series B funding round in June 2017. It plans to conduct further funding rounds as and when necessary to expand into new markets.

The business is currently in the red, having invested the money in growing the business, but is aiming to break even by early 2019.

As for future plans, Mr Nair shared in a recent interview with The Business Times that MoneySmart is poised for an exit, either an initial public offering in 2020 or an acquisition.

The company has no shortage of competitors, including SingSaver and GoBear, but Mr Nair believes that this is a good thing, as competitors validate the space and grow the industry by educating customers.

Some people still have no idea that comparison websites exist, and the industry's biggest challenge is trying to change consumer behaviour so that they turn to comparison websites before making a purchase, rather than going straight to a familiar brand, he said.

"There are still people who would rather talk to someone, especially the older generation," said Mr Nair. "It takes a lot of education to make them feel comfortable transacting. They have to know your brand, and they have to trust your brand.

"So the biggest challenge for all players in this space is educating the market and bringing more consumers online."

Ever conscious of the need to keep MoneySmart competitive, he already has several ideas for new services the website can offer, such as automating the process of monitoring mortgage rates, in order to refinance a mortgage at the optimal time.

"Our goal is to eliminate the need for financial advisers," Mr Nair said. "We live in an age where we have self-driving cars and rockets that can go to Mars. There's no reason why you need a financial adviser to tell you how to manage your money." 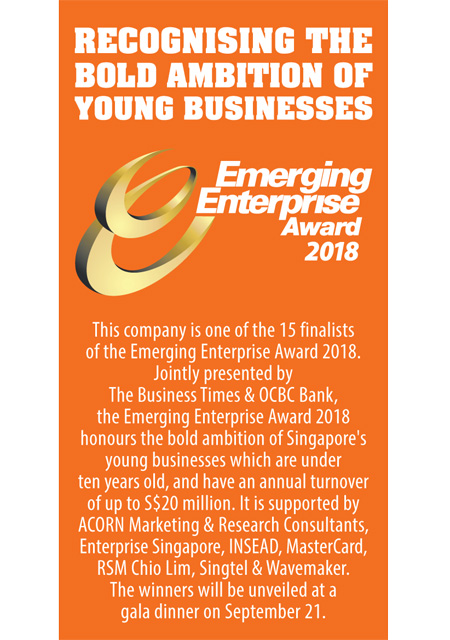