The last time it closed below this level was in October 2008. Year to date, the counter has slumped nearly 36 per cent.

The counter was the second most active by value and the fourth most traded stock by volume on the Singapore bourse for the day.

There were about a hundred large trades - each with a value of more than S$150,000 - throughout the day, according to Shareinvestor data.

But even as its share price has skidded since the start of this year, Singtel remains the most widely owned stock in Singapore with some 16.32 billion shares outstanding as at Tuesday, according to the Singapore Exchange's website. Singtel's website also says there are more than one million Singaporeans among its retail shareholders.

An investor who has been holding the blue chip since its initial public offering (IPO) in 1993 would have got a total return of around 55.3 per cent, assuming the dividends were reinvested into the securities, according to Bloomberg data.

The IPO represented 11 per cent of Singtel shares, with the rest held by Temasek Holdings. The public offer was done via three tranches of Group A, B and C shares, with Singapore citizens able to buy Group A shares at a discount.

And the stock has outperformed over the last decade notwithstanding Singtel's worrying financial metrics.

That being said, a significant portion of that return came from Singtel's generous dividends, which are now threatened by the Covid-19 pandemic and the company's deteriorating financial position. 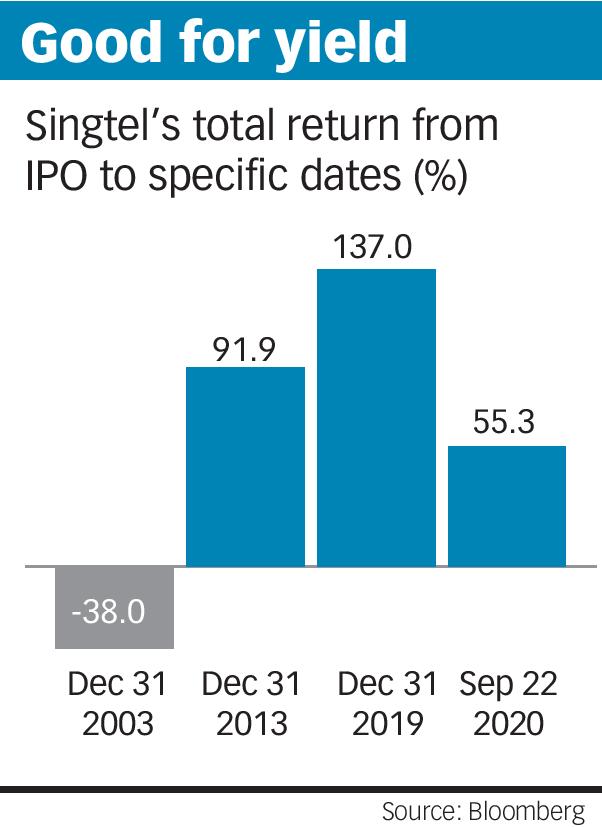 Analysts in recent weeks had continued to favour the stock, with mostly "buy" recommendations. 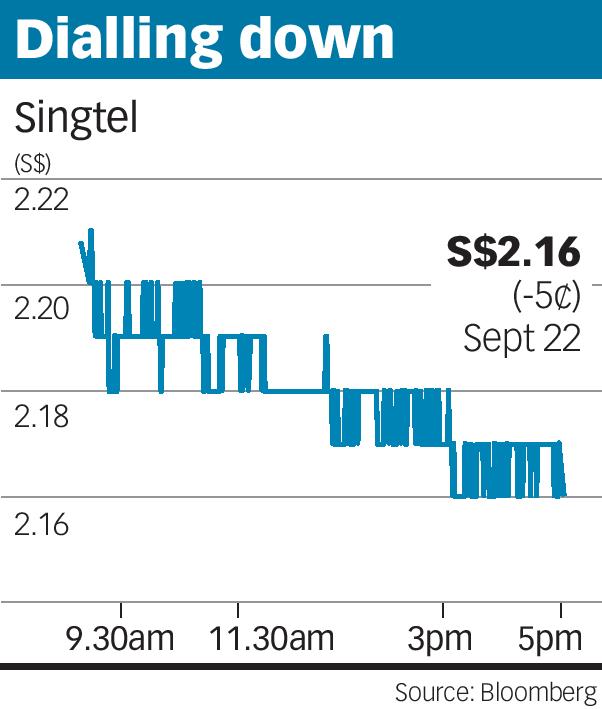 In a recent report, Standard & Poor's (S&P) Global Ratings forecast Singtel's reported earnings before interest, taxes, depreciation and amortisation (Ebitda) to decline by 11-13 per cent to between S$3.9 billion and S$4.1 billion in fiscal 2021.

Meanwhile, adjusted Ebitda - which includes dividends from associates - is estimated to drop 6-8 per cent to between S$5.1 billion and S$5.2 billion, the credit ratings agency said. It estimates cash dividends will be reduced to S$1.8 billion to S$2 billion in fiscal 2021, from S$2.86 billion in fiscal 2020.