THE government will release land for up to 8,125 private residential units (including executive condo units) and 83,590 square metres gross floor area (GFA) of commercial space on both confirmed and reserve lists in the second half of this year.

This is higher than the 7,465 private housing units but lower than the 158,080 sq m GFA of commercial space for the current first-half Government Land Sales (GLS) Programme.

The Ministry of National Development (MND) said on Thursday morning that through the confirmed list it will release land for 2,840 private residential units and 26,800 sq m GFA of commercial space in the second half. Confirmed list sites are launched according to schedule regardless of demand.

On the reserve list, MND will offer land for 5,285 private residential units and 56,790 sq m GFA of commercial space, mostly for office use. Reserve-list sites are launched only upon successful application by a developer or when there is sufficient market interest in a site. 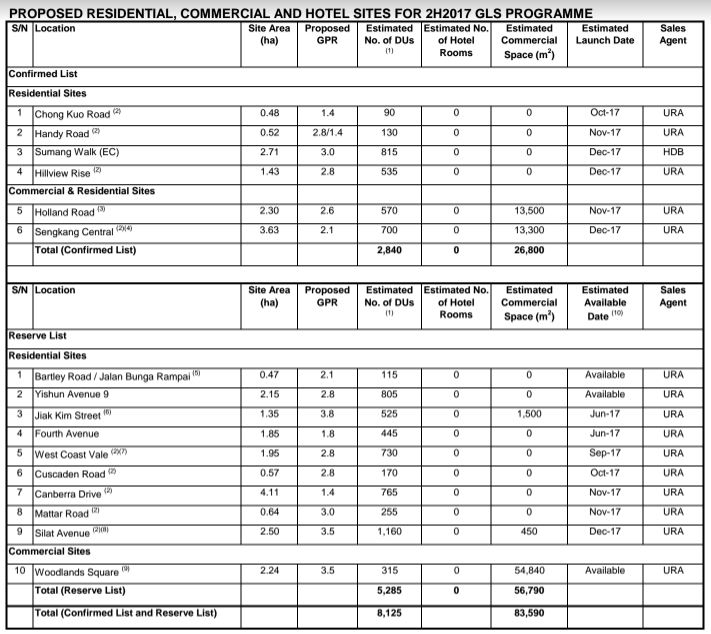 The second-half reserve list includes a site at Woodlands Square for a mixed-use development comprising mainly office space. "This site will allow developers to initiate the development of more office space if they assess there is demand," MND noted.

The confirmed list sites include private housing plots in Chong Kuo Road, Handy Road and Hillview Rise as well as an EC site in Sumang Walk. There will also be commercial and residential sites in Holland Road and Sengkang Central.

The new reserve list sites include a plot in Cuscaden Road.

US housing starts fall more than forecast in August

Game maker Scopely in talks for funding at US$3b value

[CULVER CITY] Scopely, a developer of games for mobile devices, is in talks with investors to raise funding at...

[VANCOUVER] The pandemic may have wiped out demand for apparel and driven many remaining customers online, but that...

Swedbank is being investigated for suspected market abuse

[STOCKHOLM] Swedbank, one of Sweden's biggest banks, is being investigated by the local watchdog for suspected...