Rachel Muirachmui@sph.com.sg@RachelMuiBT
Sales of older flats can also be observed across many towns, indicating that they are generally quite well-received island-wide, said researchers at OrangeTee & Tie.
PHOTO: ST FILE

DESPITE lingering concerns about depreciating value and some adverse impact from the latest cooling measures, older HDB flats in Singapore are still in demand, according to a study by property consultancy OrangeTee & Tie.

For the first quarter this year, 628 older flats - that is, those that are more than 40 years old - were sold, constituting 13.9 per cent of total resale transactions. This is the highest percentage of older flats sold on record, the property consultancy noted.

In its report on HDB trends released on Tuesday, the firm added that demand for older flats has been rising over the years. In 2018, older flats sold in the second, third and fourth quarters were all at their highest levels for the respective quarters. 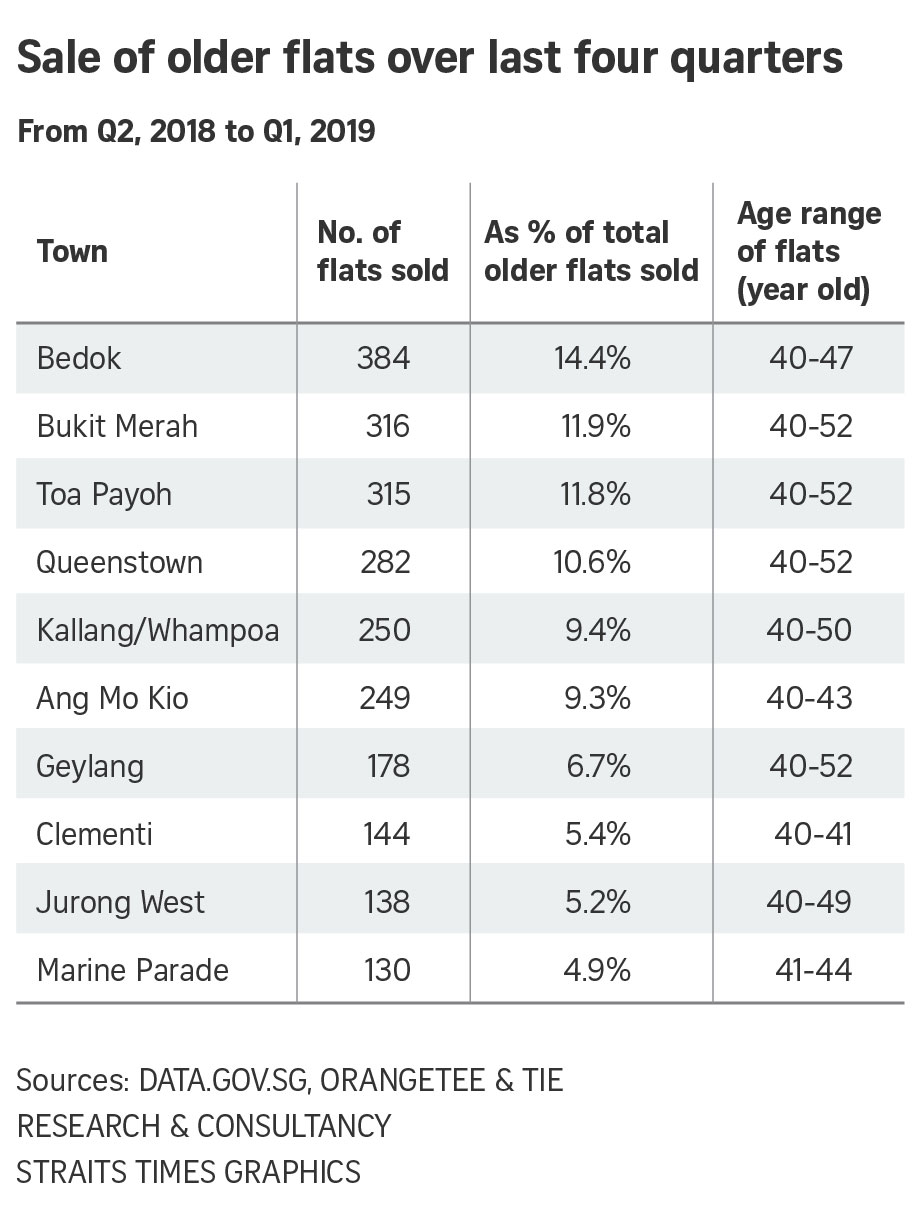 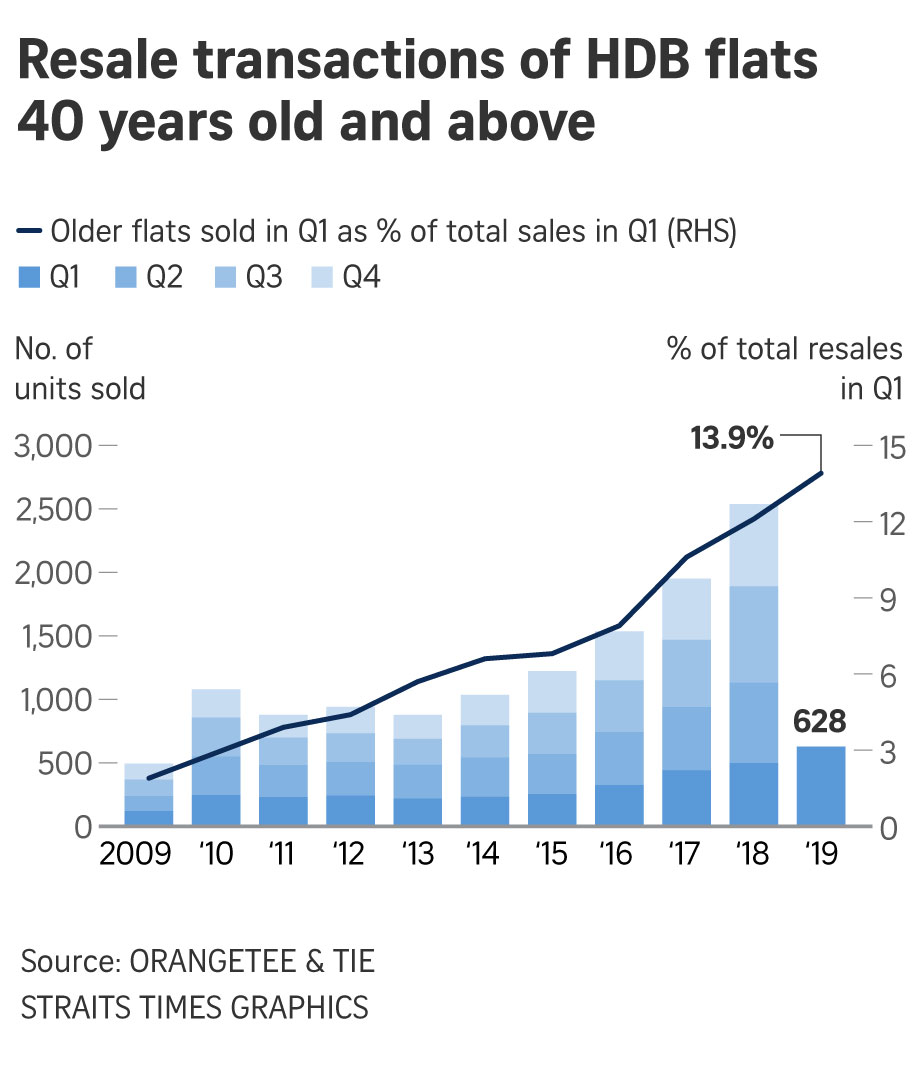 Sales of older flats can also be observed across many towns, indicating that they are generally quite well-received island-wide, said researchers at OrangeTee & Tie.

The analysts noted that one reason behind the higher sales of older flats may be that the price expectation gap between buyers and sellers could have narrowed, as prices of older flats had been moderating over the years.

Secondly, there could be more flats growing older, resulting in more transactions in general, the analysts said.

Older flats that are currently transacted also tend to be smaller than flats between 20 and less than 40 years old, the report stated.

Smaller older flats in turn translate to a lower price quantum and better price affordability. Given their lower price tags, some buyers may now view older flats to be of good value for money, the analysts explained.

Lastly, the announcement of the Voluntary Early Redevelopment Scheme (VERS) and Home Improvement Programme (HIP II), and possibly some policy tweaks to allow buyers to use more Central Provident Funds (CPF) to purchase older flats,
may also have started to instil some market confidence in these flats, the report highlighted.

They also expect resale prices to continue to stabilise as the HDB price index declined marginally by 0.3 per cent in the first quarter this year.

Q3 private home prices up; new home sales double over previous quarter, but rents are down