RESALE prices of non-landed homes in June crept up just 0.2 per cent from the previous month as volumes plunged 25.5 per cent, according to latest flash estimates by real estate portal SRX Property.

Compared to May, the Core Central region (CCR) and Outside Central Region (OCR) recorded a price increase of 0.1 per cent and 0.4 per cent respectively, while Rest of Central Region (RCR) prices remained unchanged.

CCR, RCR and OCR recorded a year-on-year price increase of 10.9 per cent, 11.6 per cent, and 9.4 per cent respectively from the previous year.

Based on an index average of three months in the second quarter of 2018 and that of the preceding quarter, prices have risen 3.8 per cent from Q1 2018.

SRX also revised its monthly price change figure for May up slightly to 1.3 per cent from 1.2 per cent.

TOX measures how much a buyer is overpaying or underpaying on a property based on SRX Property's computer-generated market value.

This suggests that a majority of the buyers in that district purchased units above the computer-generated market value. 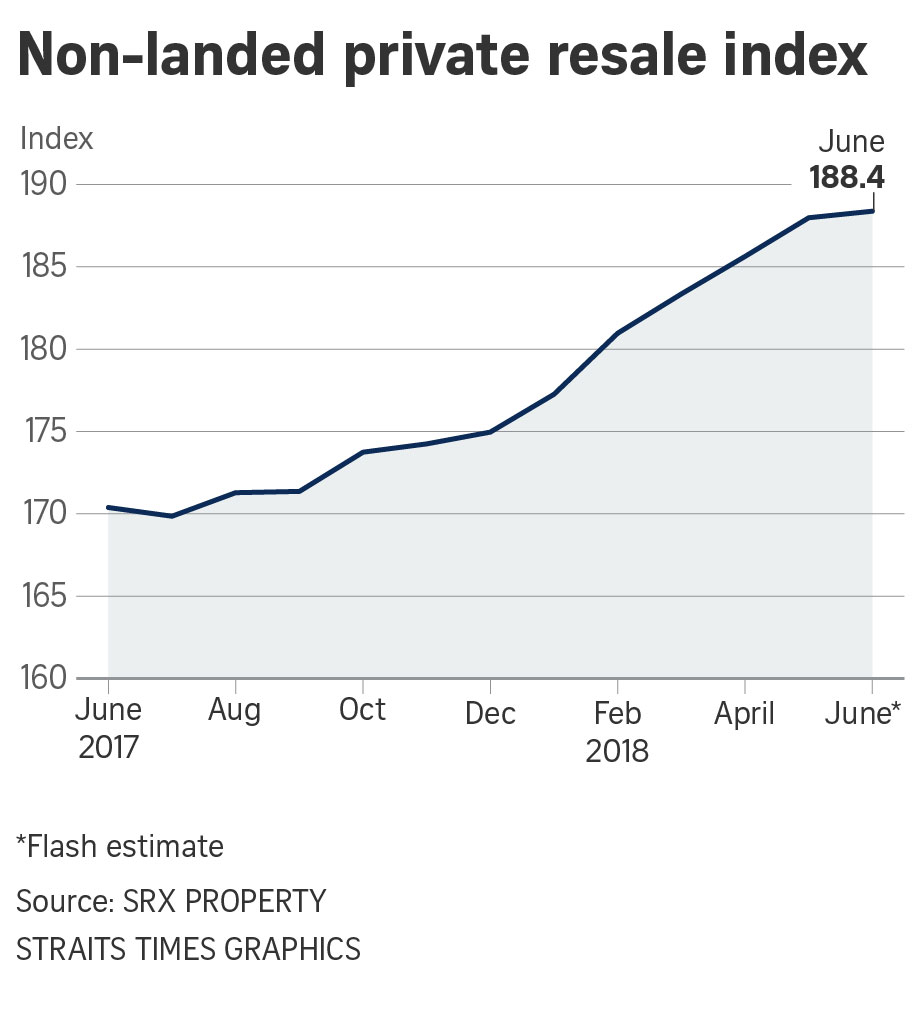 This suggests that a majority of the buyers in that district purchased units below the computer-generated market value.

US housing boomed in 2020 even as pandemic slammed economy

Property consultants upbeat about Singapore office market in second half

Sabana's manager wants to leave failed merger behind; will work on improving portfolio and performance