This was the first quarter-on-quarter decline in office rents since the second quarter of 2017.

The price index rose 3.0 per cent for the first quarter – a faster pace of gain compared with the 2.4 per cent increase with the previous quarter.

This is not surprising because investor interest in commercial assets has grown, brightening prospects for the sector, said Christine Li, head of research for Singapore and South-east Asia at real estate services firm Cushman & Wakefield.

"The divergent performance of the office price and rental indices could be a sign that tenants are showing some resistance to higher rents, in view of the uncertainties in business outlook," Ms Li said.

The amount of occupied office space increased by 19,000 sq m in net lettable area (NLA) in Q1, compared with the rise of 39,000 sq m in the previous quarter.

The supply squeeze will continue to give landlords the upper hand in lease negotiations, said Tay Huey Ying, JLL's head of research and consultancy for Singapore. Hence, barring adverse external shocks, there is potential for 2019 to outperform 2018 in terms of rent growth for Grade A office space in the Central Business District, she added.

Meanwhile, Cushman's Ms Li said the impact of the slowdown in Singapore's economy has been felt most keenly in the manufacturing sector. "Nevertheless, (office) rental growth in 2019 can be sustained due to the limited supply and healthy pre-leasing activities in the market," she added.

Total supply of office space in the pipeline stood at about 733,000 square metres in gross floor area (GFA) at the end of the first quarter this year, slightly more than the 732,000 sq m of space at the end of 2018. 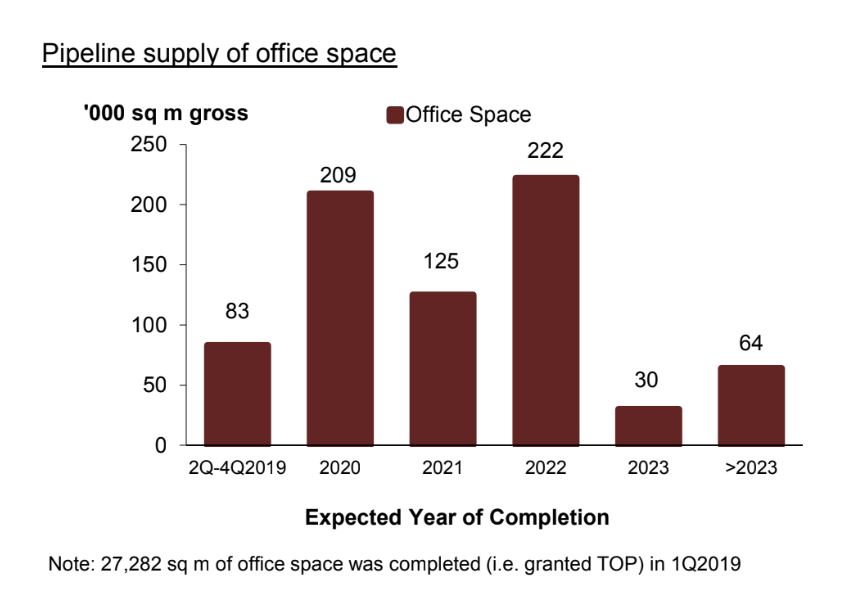 The marginal decline in retail rents was likely due to changing tenant profiles, such as the increasing take-up of prime-level retail space by rent-sensitive occupiers requiring large spaces, Ms Tay said.

URA’s price index of retail space in the central region slumped 1.9 per cent in Q1, contrasting with the increase of 1.5 per cent in the previous quarter.

"Retailers are still cautious about taking up spaces," Ms Li said. In particular, the government's announcement in Budget 2019 to further tighten the dependency ratio ceiling for the services sector will cause "some short-term pain" and result in retailers holding back expansion plans in light of the anticipated labour crunch, she noted.

Said Ms Tay: "On a more upbeat note, the Orchard Road revamp and the S$9 billion expansion plans by Marina Bay Sands and Resorts World Sentosa should inject confidence in the medium-term prospects of Singapore’s tourism and retail industries."

"Nonetheless, the ongoing restructuring occurring in the retail space will likely see the URA retail rental index flip-flopping between marginal up- and down-ticks in the short-term," she added. 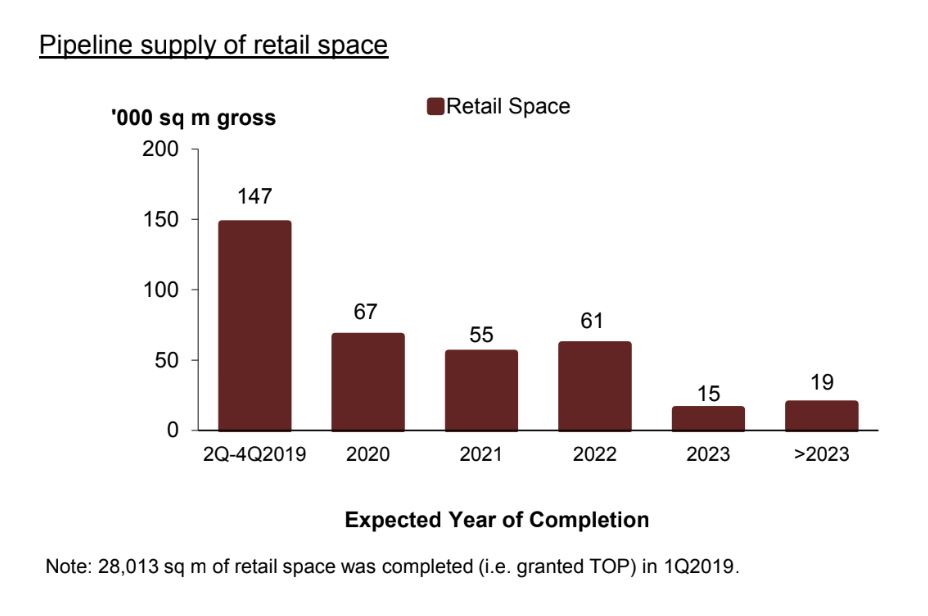 Investors drawn to S-E Asia's warehouses in wake of pandemic

[WASHINGTON] Donald Trump said on the campaign that he wants a "smooth, beautiful transition" after Election Day,...

[MELBOURNE] Residents in Australia's second largest city of Melbourne on Saturday enjoyed their first weekend of...

[HONG KONG] Hong Kong media tycoon Jimmy Lai said he personally had "nothing to do with" a report on alleged China...

[MANILA] Philippine officials on Saturday ordered evacuation of thousands of residents in the southern part of the...