Wong Kai Yikaiyiw@sph.com.sg
According to the SRX Property Price Index for HDB rentals, rents in February 2018 were down year-on-year by 1.9 per cent from the year-ago period.
PHOTO: ST FILE

PRIVATE non-landed home rents in Singapore rose by 1 per cent in February 2018 from a month ago, higher than the 0.5 per cent rise in January, flash estimates from SRX Property on Wednesday showed.

On a year-on-year basis, rents in February 2018 were down by 0.7 per cent from the year-ago period.

The OCR led with the biggest drop of 2.3 per cent, followed by a 0.1 per cent drop in the RCR.

In the CCR, however, rents saw a 0.6 per cent increase.

On the public housing front, HDB rents rose by 0.5 per cent in February 2018 from a month ago. 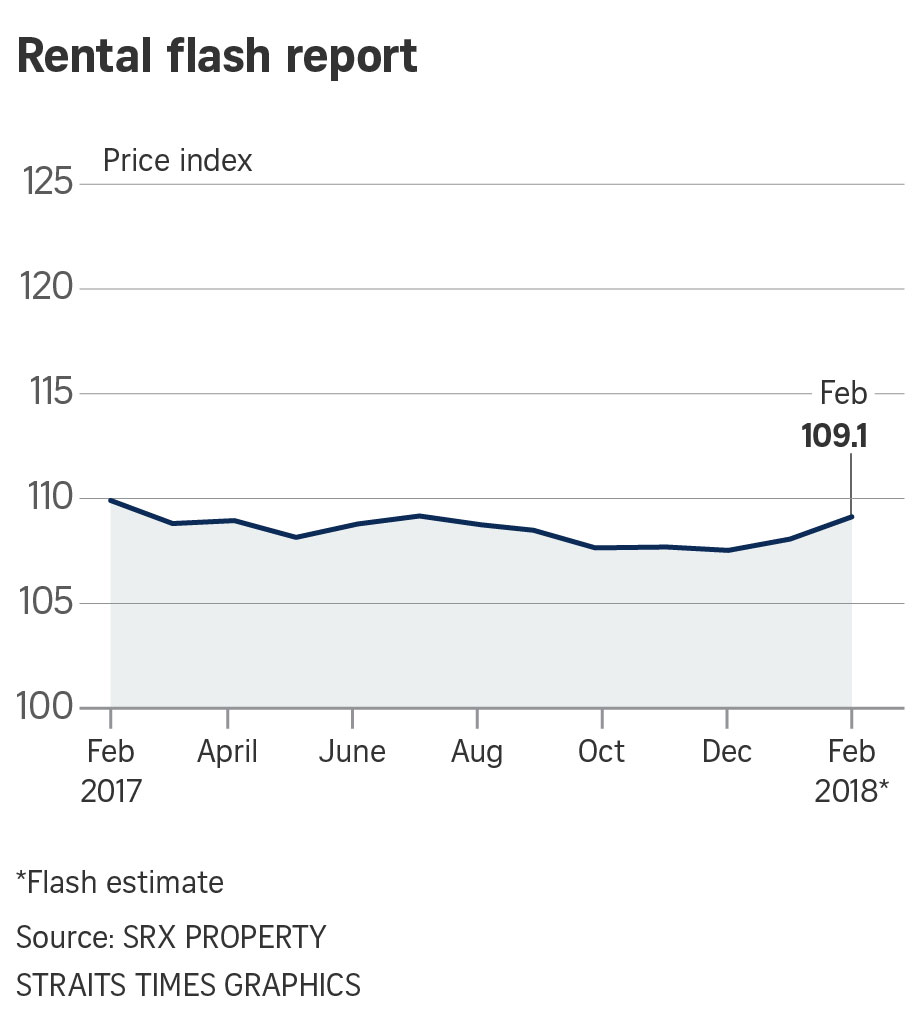 Breaking it down, rents for HDB executive units fell by 0.2 per cent, while HDB three, four and five-room units all rose, increasing by 0.7 per cent, 0.3 per cent and 0.7 per cent, respectively.

According to the SRX Property Price Index for HDB rentals, rents in February 2018 were down year-on-year by 1.9 per cent from the year-ago period.

Year-on-year, February's rental volume fell by 11.8 per cent from the year-ago period.

Office rental cycle has peaked; retail rents may have bottomed out

CATALIST-LISTED Mary Chia Holdings is proposing a private placement of up to 26.67 million new ordinary shares in...

Rolexes and cars; Lebanese spend big to prise savings from the bank

[BEIRUT] When she heard Lebanese banks would limit cash withdrawals, Rita, a doctor, rushed out to buy a US$10,000...

MAINBOARD-LISTED food and beverage company Del Monte Pacific said it has entered into an agreement for the proposed...

[PARIS] Renault's engineering boss will meet his counterpart at Nissan in Japan this week, two sources close to...