US: Stocks fall 4% as sell-off deepens

[NEW YORK] Wall Street tumbled back into sell-off mode on Thursday, with the Dow plunging more than 1,000 points as worries over interest rate hikes continued to drag the market down.

With Thursday's losses, the Dow and S&P 500 have now fallen more than 10 per cent from their peaks, meeting the official definition of a "correction" in financial parlance and marking an about-face from the bullishness of early 2018.

"The sellers remain in clear control right now as a lot of the excess froth we saw in January, has now been unwound or erased," said Adam Sarhan of 50 Park Investments. 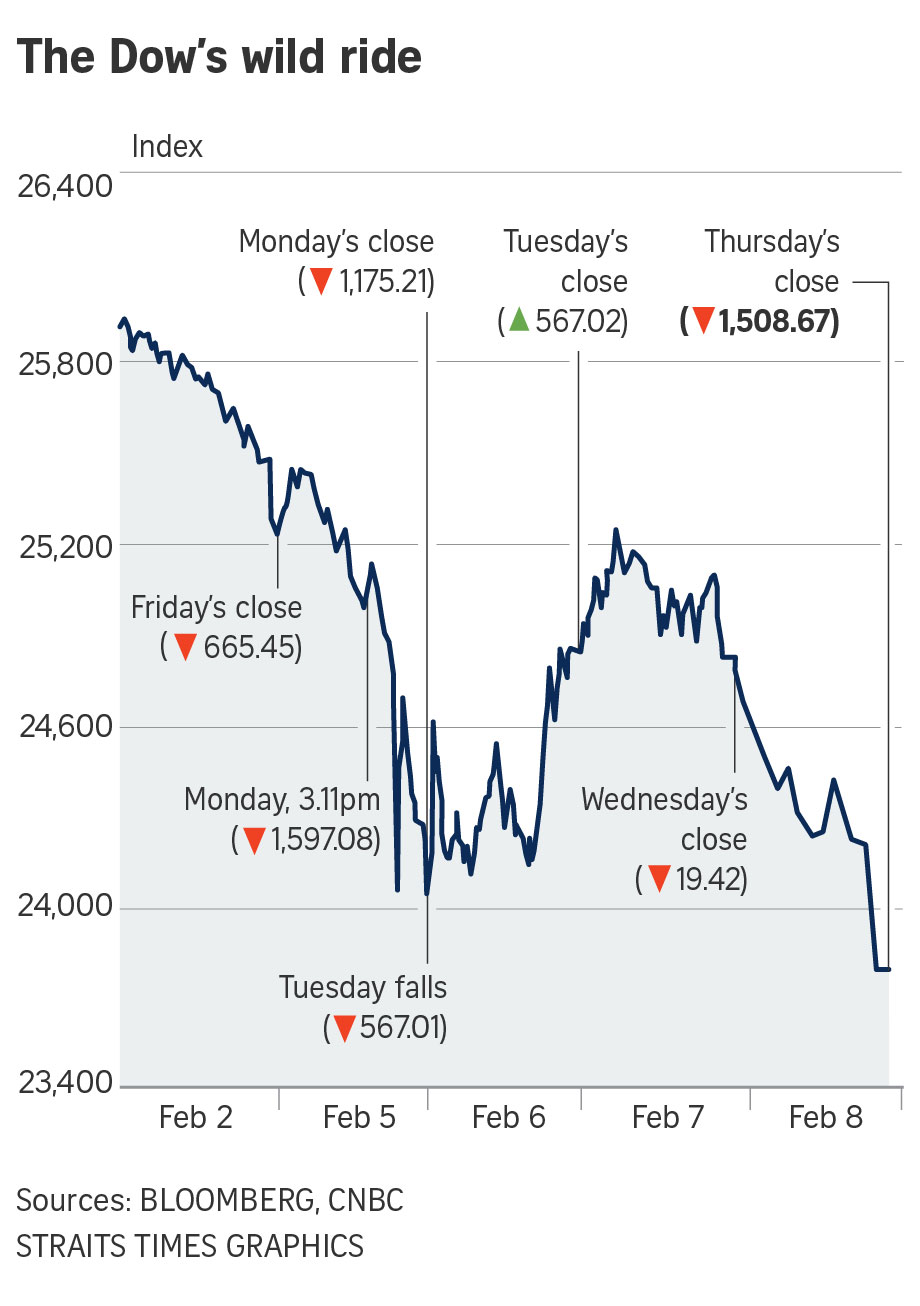 White House spokesman Raj Shah expressed concern about the drop in stocks, but continued to point to robust employment data and corporate earnings as signs that "long term fundamentals demonstrate a healthy economy." After a muted open, major indices were in the red most of the day, suffering a major bout of weakness in late morning and another round of selling late in the afternoon.

Analysts cited higher Treasury bond yields as the catalyst for Thursday's drop, coupled with the view that the market surged to unsustainably high levels in December and January in the euphoria over US tax reform.

"The market had gotten way ahead of itself," said Nancy Tengler, chief investment officer of Heartland Financial.

"When we were going up faster than we should, nobody questioned that," she said. "When the market recalibrates, everyone becomes somewhat nervous and concerned."

The pullback came amid another spurt higher in Treasury bond yields, a focal point for investors concerned that the Fed may accelerate rate hikes if inflation rises suddenly.

US markets have been under pressure all week, with the Dow notching its biggest loss ever in terms of points on Monday, rallying on Tuesday and finishing modestly lower Wednesday.

THE winding-up petition against a key subsidiary of debt-hit oil-and-gas company KrisEnergy will be withdrawn after...

ECB warns of economic hit if pandemic-support is phased out

[FRANKFURT] The European Central Bank warned on Tuesday of painful "cliff effects" for households and companies if...

[ZURICH] Credit Suisse Group expects to book a US$450 million impairment on its stake in York Capital Management as...

Now's the time for Singapore to grow the next crop of homegrown MNCs: Chan

DoctorxDentist removes at least 9,700 doctors from its platform, aims to be more transparent