[SEOUL] South Korea's Samsung Electronics Co Ltd on Tuesday estimated a decline in quarterly operating profit for the first time in two years, as a slowing Chinese economy erodes demand for its chips and handsets.

Weaker earnings at the world's biggest maker of smartphones and semiconductors adds to worries for investors already on edge after Apple Inc last week lowered its quarterly sales forecast, in a rare move, citing poor iPhone sales in China.

Samsung, in a regulatory filing, estimated profit at 10.8 trillion won (S$13.1 billion) for October-December last year, down 29 per cent from the same period a year earlier. That compared with the 13.2 trillion won average of 26 analyst estimates in a I/B/E/S Refinitiv poll.

It also estimated a 11 per cent on-year revenue decline at 59 trillion won. 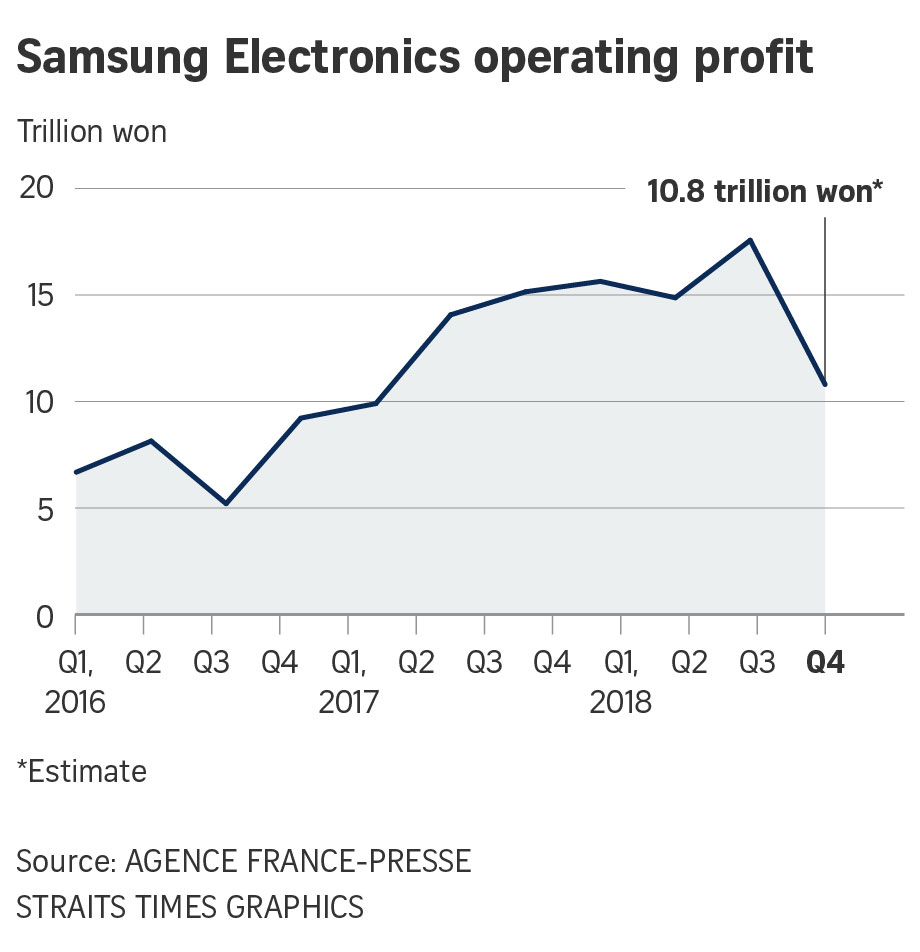 Prices for DRAM chips, which provide devices with temporary workspaces and allow them to multi-task, declined 10 percent in the fourth quarter, according to industry tracker DRAMeXchange.

DRAMeXchange anticipates memory chip prices to fall 10 per cent on an average in the first quarter of 2019.

[SINGAPORE] China's national offshore oil and gas producer CNOOC said on Thursday it aims to raise the share of...

[DALLAS] AT&T on Thursday reported the coronavirus pandemic had taken a heavy toll on its media business, but...

MAPLETREE Commercial Trust (MCT) has declared a distribution per unit (DPU) of 4.17 Singapore cents for the its...