Unearthing the gems in landed homes

LANDED homes are some of the most coveted real estate assets in Singapore, due to their scarcity and exclusivity. As at Q4 2016, there were only an estimated 1,352 landed residential properties slated to be completed over a stretch of five years, between 2017 and 2021. There are a handful of landed residential projects with units yet to be launched (Figure 1), including a future development on a site along Lorong 1 Realty Park that is slated to be launched in April through the confirmed list of the Government Land Sales Programme.

The subset of homes with a freehold or 999-year lease tenure among landed properties is even more scarce. The recent quarter-on-quarter (q-o-q) uptick of 0.8 per cent in the Q4 2016 URA residential property price index for landed properties, and higher sales volume in 2016 further fuel optimism that the landed residential market is bottoming up.

The prevalent view is that landed real estate is recovering faster than other property types, and this sentiment is supported by the sales figures. The number of landed homes transacted in 2016 was 1,380 units, close to the level in 2013. In contrast, the total number of private home sales concluded in 2016 was 30 per cent less than that in 2013.

Should we invest in landed homes amid the uncertain external environment?

Since the government implemented the total debt servicing ratio framework in 2013, the URA price index for landed residential properties has fallen by 14.1 per cent, a bigger drop than the 10.1 per cent decline for non-landed properties.

The various cooling measures and substantially higher price quantum that landed homes command translated into higher stamp duties payable by buyers, hence the larger decline for landed properties. Additionally, based on Edmund Tie & Company’s research, the price decline largely emanated from lower transacted prices for leasehold terraces in non-prime districts in the secondary market. Notwithstanding that, prices for freehold landed properties in prime districts remained resilient, falling by only 6.6 per cent from Q3 2013 to Q4 2016. 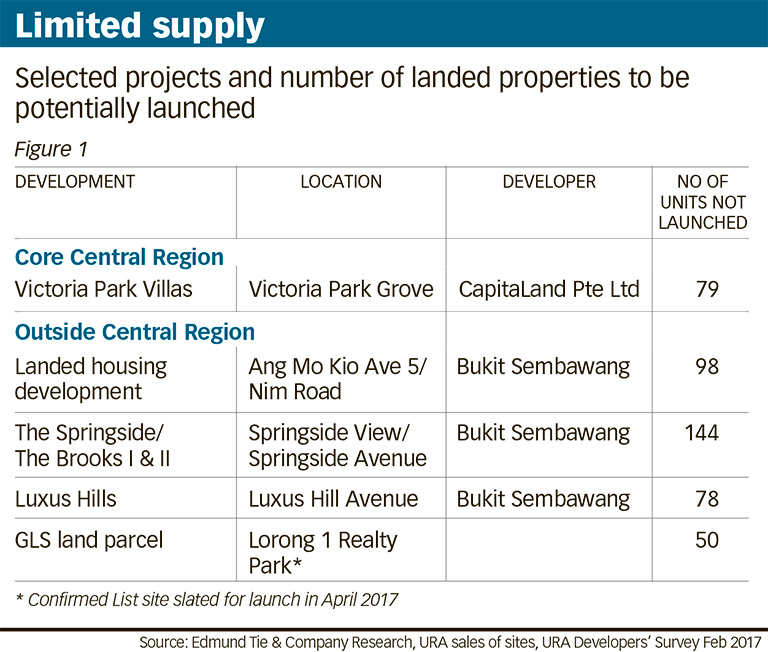 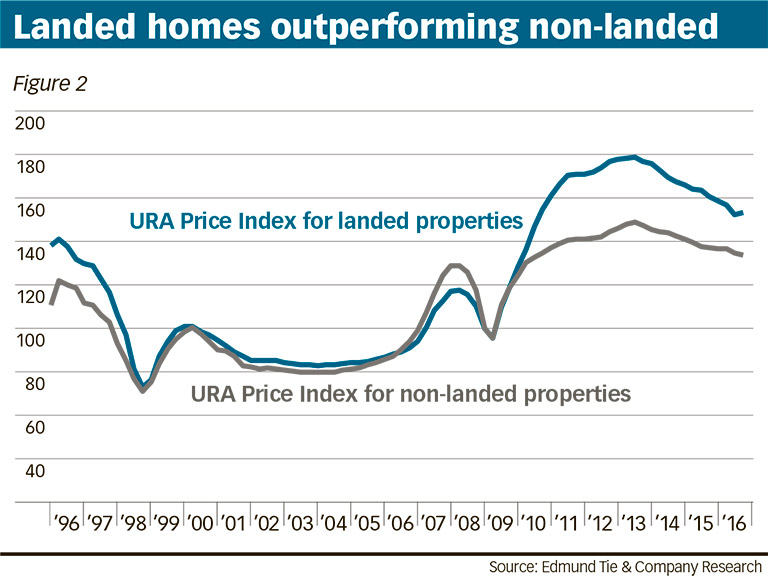 Given the uncertain environment and the risks it entails for other asset classes like equity, debt and commodities, it is an ideal time to invest in freehold landed residential real estate, given its remarkable resilience to short-term fluctuations. 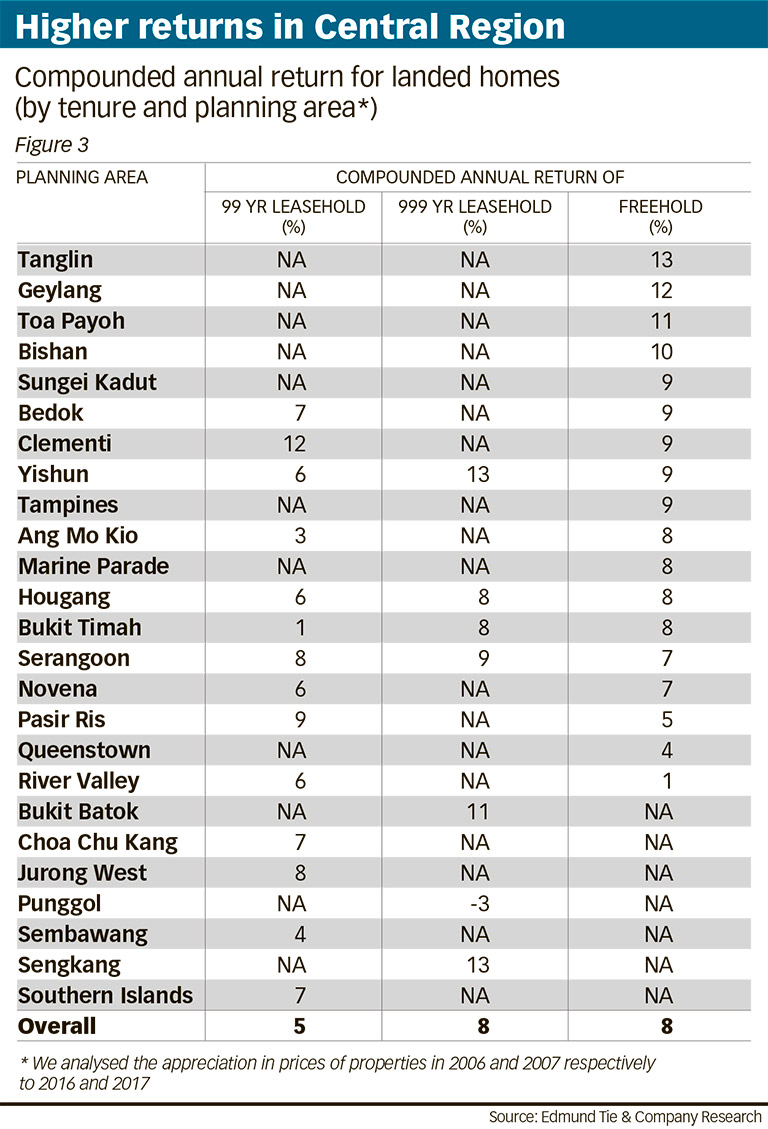 Where to buy in current market conditions

Hence, buyers need to choose between buying land for redevelopment or buying new, built-up properties. While redevelopment enables owners to construct a house based on their individual needs, it requires a commitment to negotiate with the contractor, project manager and the architect. Buying a new landed property, alternatively, reduces the hassle.

Beyond “location, location and location”, buyers should also consider other aspects such as the growth prospects of the area and whether the development potential has been reflected in the prices. For instance, prices of landed properties in Tanglin are also the highest in terms of quantum and per square foot basis.

A potential area where the prices of landed homes have yet to reflect the development potential are the landed homes near Sembawang Park. It is part of the region earmarked as the North Coast Innovation Corridor, which stretches from Woodlands Regional Centre, across the future Seletar Regional Centre to the Punggol Creative Cluster. The North Coast Innovation Corridor will be a hotbed of ideas and offers additional land for the expansion of enterprises.

Watercove is an upcoming cluster housing development near Sembawang Park. It is a rare landed housing project with freehold tenure near the waterfront. There is a strong rental catchment in the area. Professionals working in the Seletar Aerospace Park and the innovative growth clusters along the northern corridor will be attracted to the area given its amenities.