Developing a new recipe for success

Woodlands Sunny Foods is using innovation to adapt to changing market conditions.
“Food preparation requires very personal skills, and our workers’ skills are very high. That is a key benefit to the company because they understand the customers’ requirements.” - Shuichi Fujisaki (above), managing director of Woodlands Sunny Foods.

WHEN Singapore-based food manufacturer Woodlands Sunny Foods realised that its core market of Japan was at risk of being shut off due to changes in Japanese trade policy, it sought to expand to other markets in Asia.

Woodlands Sunny Foods was set up in 1988 as part of the Fuji Oil group, a leading supplier of cocoa butter equivalent as well as other specialty oils and fats. The company initially specialised in preparing semi-pro­cessed food using dairy materials that would be ex­ported to Japan. However, the export volumes were determined by quotas set by the Japanese authorities.

“Because of the quotas, we did not have a chance to expand dramatically in Japan. And if the govern­ment changed the quotas we would not be able to survive,” said Woodlands Sunny Foods managing director Shuichi Fujisaki.

In the early 1990s, the company changed tack and focused on producing confectionery and baking in­gredients such as margarine, cream and other fill­ings to be sold to confectionary retail chains in Asia. At about the same time, the company also expanded its manufacturing capacity when it built a facility adjacent to its existing one in Senoko.

“We had a responsibility to our employees to find a way to survive in Singapore. That is how we de­cided to produce confectionary items and focus on more developed markets in Asia, such as Singapore, Malaysia, Taiwan and Shanghai,” said Mr Fujisaki. The gamble paid off, and the company’s revenue has grown some three to four times over the past 20 odd years, he revealed.

Today, Woodlands Sunny Foods faces another challenge: rising costs and manpower constraints in Singapore. With its competitors moving their pro­duction to lower-cost countries, Mr Fujisaki is find­ing it more difficult to justify their presence here to the group’s senior management. The company employs over 120 staff at its two factories here. Yet, despite the obstacles, he is convinced that Singapore is still the right place for the company to be based. “The challenge is how to sustain our business in Singapore. The government has been encouraging companies to improve efficiency by using technology, so we began to automate some of our processes,” he explained.

Among other initiatives, the company has intro­duced automation solutions to its warehouse that can transport bulky products weighing up to 30kg each.

MOVING UP THE VALUE CHAIN

Beyond ramping up productivity, Woodlands Sunny Foods is also moving towards producing higher value “compound” confectionary products. Such products combine the best of dairy and non-dairy in­gredients. This might involve mixing just 20 per cent of the usual amount of butter into a product like a croissant. This allows Woodlands Sunny Foods to keep costs down while retaining the flavour of the butter. Being less dependent on dairy ingredients – whose prices can fluctuate depending on weather and other conditions- also means that costs are more stable for the company. “We have been mar­keting compound products to our customers since 2008, and the business has been growing steadily since then,” explained Mr Fujisaki.

He noted that the company will continue to expand its compound business, particularly in the large Southeast Asian markets of Vietnam and In­donesia as consumption of dairy products in those countries are still low.

In terms of risks, Woodlands Sunny Foods is still exposed to changes in raw material prices such as butter. To mitigate this, the company has expanded the number of suppliers it buys from over the years.

“Twenty years ago, we had one big supplier in Australia and another big supplier in Europe. If one of them is affected by bad weather it will have a big impact on us. So we have been developing our network of suppliers to other countries like France, Holland and the United States,” said Mr Fujisaki. “Today, if something happens to our supplier in Australia, we can get from New Zealand.”

Another of the company’s key competitive advantage – and another reason Mr Fujisaki is determined to continue operating out of Singapore – is its workforce. More than half of Woodland Sunny Foods’ staff have been with the firm for over 20 years, he revealed. Mr Fuijisaki himself has had two stints with the company in Singapore spanning 14 years; once from 1990 to 1997, and the current one that started in 2011.

“Food preparation requires very personal skills, and our workers’ skills are very high. That is a key benefit to the company because they understand the customers’ requirements. If we were to move to another location, it would take another two to three years before we could get new staff to reach the level that we need to be at. That is the advantage of being in Singapore,” he said.

“Being a manufacturing company in Singapore is tough; there is a shortage of land and workers, but we believe we must stay here and work to increase efficiency and develop more high value products.” 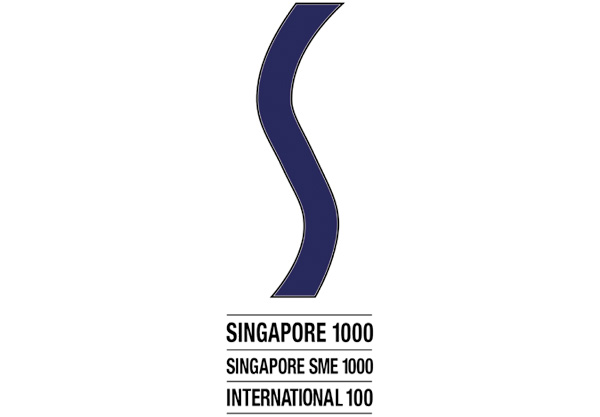